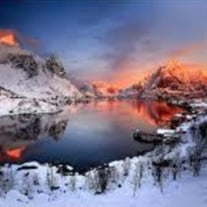 William E. “Bill” Schlener, age 81 of Marysville, passed away on May 3, 2021. He was born on November 27, 1939 in Stewart Manor, New York to the late William and Sonia Schlener. Bill married Theresa Ann Curcio on May 2, 1964. She preceded him in death on September 13, 2020. Bill was a Captain in the USAF, and had great stories of his many travels around the globe. After leaving the Air Force, Bill enjoyed a long career as an engineer for the phone company. An Eagle Scout and member of the Order of the Arrow, he enthusiastically shared and participated in his grandson's scouting journey. He was incredibly proud when Nick was tapped for Order of the Arrow himself. Equally proud was he of his granddaughter Elizabeth's musical talents. He attended as many of her performances and events as possible. He was particularly proud when she was invited to perform with a visiting orchestra from Bavaria, Germany when they performed at PHN during their US tour. That opportunity led to her to move to Germany after graduation, to study and perform with two orchestras. Even when dementia robbed him of so much, his love for his grandchildren and the warm memories they shared made him smile. Bill is survived by his daughter and son-in-law, Andrea (Mark) Hoover, grandchildren, Nicholas of Port Huron and Elizabeth of Germany, along with his great-grandchildren, Dillon and Seger of Port Huron, special granddaughter-in-law, Krysta Pettengill and his sister, Sonia Ellen Urevith. Services will be held at a later date. Cremation arrangements in care of, Jowett Funeral Home, 1634 Lapeer Avenue, Port Huron. Memorial tributes may be made to his great-grandchildren, Dillon and Seger. To view the obituary and share memories, please visit www.jowettfuneraldirectors.com

The family of Mr. William E. "Bill" Schlener created this Life Tributes page to make it easy to share your memories.

Send flowers to the Schlener family.