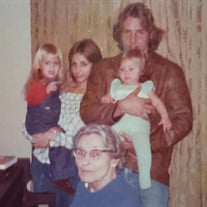 Steven Gray Smith, 70, of Yale, died Tuesday, February 8, 2022 at Lake Huron Medical Center. He was born on September 28, 1951, in Grand Rapids, he was the son of Donald Martin Smith and Mary Ellen Gray. Steven graduated from Andover High school in Bloomfield Hills in 1969 and went on to earn an associate degree. He worked for Pontiac Motors in the 70s and continued his work in manufacturing however his most important life role was being an amazing husband, father, grandfather and great grandfather. Steven spent the majority of his adult life as a resident of Port Huron. He enjoyed his family most of all and also had a passion for music not only spreading the gift of music to his loved ones but also playing both guitar and harmonica. Steven is survived by his daughter, Stephanie Smith (Adam) Morgan of Traverse City, Aunt Libby Gray of Grand Ledge, 7 grandchildren; Tyler, Brianna and Emily from Port Huron; Aj, Charlotte, Seth Avery and Nicholas of Traverse City, 7 Great grandchildren, 7 cousins and his best friend Mark. He was preceded in death by his parents, wife, Judi (Crawford) Smith, younger brother Stuart Martin Smith, daughter Gretchen Laurel Smith, both sets of grandparents, 3 aunts and 2 uncles. Private family services will be held this Spring in Port Huron. In remembrance, donating blood in his honor is appreciated. Arrangements in care of, Jowett Funeral Home, 1634 Lapeer Avenue, Port Huron. To view the obituary and share memories, please visit www.jowettfuneraldirectors.com

The family of Steven Gray Smith created this Life Tributes page to make it easy to share your memories.

Send flowers to the Smith family.