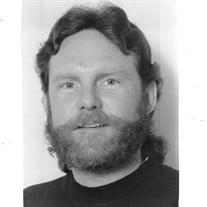 Scott (Scooter) Robert McLaughlin passed away unexpectedly at the age of 63. Scott was born on February 20, 1959 in Port Huron, Michigan, the son of the late Robert and Janice McLaughlin. Scott was a 1978 graduate of Port Huron Central High School. Scott was a construction journeyman and strong union supporter. He joined the Laborers’ International Union of North America (LIUNA) and Local 463 in Port Huron in 1979. He also worked out of Local 563 in Minnesota. He returned home to Port Huron and transferred to Local 334 in Detroit, Michigan. He served on the executive board and was very active as a member and steward on many large projects. He was known for his construction skills and as a leader in his field. He retired in 2008. Scott was a Harley Davidson motorcycle enthusiast, belonging to the Legion Riders of Post 4 in Mt. Clemens, Michigan. He enjoyed many motorcycle runs, rallies, and fundraising events associated with Post 4 and Post 8 of Marysville, Michigan. He loved his machines and had a love of learning about veterans, wars, and prominent military people. He adored his cats. Scott was preceded in death by his father, Robert McLaughlin. He is survived by his mother, Janice McLaughlin of North Street, his sister, Michelle Baker and nephew Justin Baker of Fort Gratiot, special friends, William Bartlett of Marysville and Rodney Willis of Smiths Creek, and special furry friends, Sweety, Shady, Sally, and Smoky. Scott gathered many friends during his lifetime and will be deeply missed by all who knew him. The family will honor Scott’s memory on Thursday, March 17, 2022 at 1:00pm in Jowett Funeral Home, 1634 Lapeer Ave, Port Huron. Minister Shaun Laurain will officiate. Visiting hours will be from 11:00am-1:00pm. Memorials may be made to the St. Clair Animal Shelter or the Blue Water Area Humane Society. Burial will take place at Kinney Cemetery in Clyde, Michigan. To view the obituary and share memories, please visit www.jowettfuneraldirectors.com

Scott (Scooter) Robert McLaughlin passed away unexpectedly at the age of 63. Scott was born on February 20, 1959 in Port Huron, Michigan, the son of the late Robert and Janice McLaughlin. Scott was a 1978 graduate of Port Huron Central High... View Obituary & Service Information

The family of Scott (Scooter) Robert McLaughlin created this Life Tributes page to make it easy to share your memories.

Send flowers to the McLaughlin family.