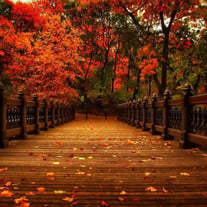 Richard Henry Cotton Born June Eighth Nineteen Thirty-Six in Detroit Michigan Deceased November Twenty Six Two Thousand Twenty-One in Fort Gratiot Michigan It is with mixed emotions that I proclaim Richard "Dick" Cotton has followed his dearly departed loved ones through the gates of Heaven. Richard was born in Detroit Michigan to the late Richard John Cotton and Margaret Mary (Brown) Cotton. Richard lived in Detroit for over sixty years. He graduated from Wilbur Wright Vocational High School in the class of 1954 where he took advantage of programs available for his interest in photography, choir, theater, art and drama. Richard also excelled in Mechanical Engineering classes. He had a brief job as a camera man for a local Detroit News station. Richard utilized his analytical organizational skills during his career with Detroit Edison Company which spanned 47 years. Richard volunteered for many years at Dossin Maritime Museum on Detroit's Belle Isle where he shared his love of the Great Lakes Nautical history. He also volunteered at the Henry Ford and Greenfield Village in Dearborn Michigan where he met the love of his life! Richard married Mary Harkless Cotton in the year 2000 at a ceremony at Greenfield Village where they both shared their interest in volunteering, education, arts, theater and antique trains. After their marriage Richard and Mary moved to Saint Clair Michigan, where Richard lived after Mary's passing in 2012. During their marriage they enjoyed shared interests, attending live theater and music performances around the United States while they traveled by train visiting museums and light houses and historic places. A few of their favorite locations were New Orleans jazz events, Chicago and staying at the Grand Hotel on Mackinaw Island. Richard moved to Lake Huron Woods retirement facility in Fort Gratiot Michigan after a failed hip surgery in 2015. Richard was an amazing artist and continued his passion thru his paintings. Richard was also an avid sports fan of all the Michigan and Detroit sports teams, especially the Detroit Tigers. Richard also enjoyed old movies and big band artist. His favorite band was the Son's of The Pioneers! Richard ultimately died of a broken heart! Richard wants to thank all of the team members of the nursing staff who assisted and enriched his life while living at the Lake Huron Woods retirement community. Richards was also preceded in death by his only big sister, Mary J. Green of Roscoe Illinois. Surviving relatives are nephews Steven (Patricia) Green, Gerald Green, Kenneth (Denise) Green. Niece Nancy Carol Rick, great-nephews Matthew (Diana) Green, Jason (Kara) Green and great-nieces Leigha and Emily Green. Richard was an animal lover who helped take care of all God's little creatures. Please show your love and help support any and all our local animal shelters. There is no memorial service planned at this time. Cremation services performed by Jowett Funeral Home, 1634 Lapeer Avenue, Port Huron.

The family of Richard Henry Cotton created this Life Tributes page to make it easy to share your memories.

Send flowers to the Cotton family.