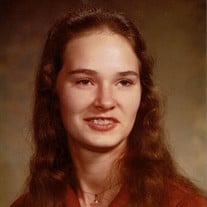 Rebecca (Becky) Anne Pilkey, 61, of Memphis, passed away Tuesday, March 8, 2022. She was born August 10, 1960 in Detroit to H.B. and Ramona Gillam. She graduated from Lakeview High School in 1978, attended Sawyer School of Business where she earned a diploma in the Career Secretary course in 1979, and began working at RETS (aka National Institute of Technology) in 1980 as a secretary. It was there that she met William E. Pilkey. They were married on July 31, 1982 and enjoyed over 39 years of marriage together. Rebecca was a wonderful wife, mother, and sister and would do anything for her family and friends, often doing more for others than she did for herself. She was kind, smart, and witty, had an extremely detailed memory, and absolutely loved animals of all kinds, especially dogs. Rebecca volunteered at an animal rescue league in East Detroit for several years where she rescued numerous dogs and helped to find them loving homes. She was a self-employed dog groomer for about 30 years where she met so many dogs and people she loved and would get heartbroken to hear when any of the dogs had passed away. In her free time, she enjoyed going to estate sales and flea markets, and selling her great finds on eBay. She also enjoyed playing computer games, collecting dog and chicken figurines, and buying, planting and taking care of her flowers every year. Her flowers around the house and in her garden were admired by neighbors and friends and those that would come to the house for the annual garage sale. She is survived by her husband, William Pilkey; daughter, Melissa Pilkey; and brother, Steve (Debi) Gillam. She was preceded in death by her brother, Gary Gillam; and her parents, H.B. and Ramona Gillam. Cremation has taken place. Arrangements in care of, Jowett Funeral Home, 1634 Lapeer Avenue, Port Huron. Inurnment will be in the Wesley Chapel Cemetery in Sparta, TN. Memorial contributions may be made to the Blue Water Area Humane Society. To view the obituary and share memories, please visit www.jowettfuneraldirectors.com

Rebecca (Becky) Anne Pilkey, 61, of Memphis, passed away Tuesday, March 8, 2022. She was born August 10, 1960 in Detroit to H.B. and Ramona Gillam. She graduated from Lakeview High School in 1978, attended Sawyer School of Business where she... View Obituary & Service Information

The family of Rebecca (Becky) Anne Pilkey created this Life Tributes page to make it easy to share your memories.

Send flowers to the Pilkey family.