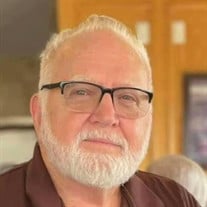 Paul J. Smith, age 79, of Marysville, went home to be with the Lord on Dec. 9, 2021. He was born on January 31, 1942, in Detroit, to the late Russell and Norma Smith. He married Claudia L. Fenner on March 20, 1963, in Port Huron. She preceded him in death on November 19, 2019. He was a minister who faithfully shared the Lord Jesus Christ with all whom he met. Paul was a interim minister at Richmond Church of God, with affiliation with Franklin Walden Ministries, Valdosta, Georgia. He enjoyed portraying Santa and viewed this as part of his ministry. He and his wife worked at Woodland Developmental Center; he was known as Grandpa, and was loved and adored by the students and staff. He was enjoyed watching western movies, he was a fanatic about football and baseball and was a big University of Michigan fan, and Detroit Lions and Tiger fan. He also enjoyed golfing, boating with family and friends. He is survived by his three children, Sharon (David) Richards, Paul (Michelle) Smith II and Tim (Jodi) Smith, grandchildren; David Richards II, Andrew Richards, Kaitlin Hughes (Zeb), Taylor Smith, great grandchildren; Evelyn Hughes and Lincoln Hughes, brother, Erwin (Deborah) Smith, sisters-in-law, Carol Smith and Beverly Smith. He was preceded in death by his brothers, Donald Smith and Gene Smith. A memorial service will be scheduled soon, for some time in March 2022. Arrangements in care of Jowett Funeral Home – New Haven

The family of Paul J. Smith created this Life Tributes page to make it easy to share your memories.

Send flowers to the Smith family.