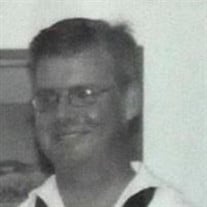 Mark C. Dukes, age 63 of Port Huron, passed away on March 12, 2022. He was born on June 24, 1958 in Detroit. Mark served honorably in the United States Navy, serving in active duty from 1979-1985 and in the reserves from 1985-2007. His favorite tour was to the Indian Ocean onboard CV-41, USS Midway – forward deployed out of Japan. Mark also spent his time as a Military Contractor forward deployed to Afghanistan during wartime operation. He studied Computer Science/ Technology during schooling with undergraduate Computer Science completed at University of Texas El Paso and graduate of Computer Science completed at University of North Texas. Mark’s hobbies included sailing, camping, electronics and technology, astronomy, math and science, music and military history. He was the best storyteller, a great hugger, and had a contagious smile and ocean eyes with a charismatic personality. He was loyal to his family and a true philanthropist. Mark’s favorite places to travel were Coronado, California and Key West, Florida. He is survived by his mother, Lucille Meismer-Dukes, lifelong best friend and mother of his children, Cynthia Ward, daughters, Christina Hilton and Stephanie Mackie, grandchildren, Liam, Annalynn, Bonnie, Nash and Lucy, along with son-in-law, William Mackie. Mark was preceded in death by his father, Dr. Carlton Dukes, PhD and sister, Carla-nne Dukes, DO, MBA, FACEP. Services for Mark will be announced at a later date. Cremation arrangements in care of, Jowett Funeral Home, 1634 Lapeer Avenue, Port Huron. In lieu of flowers the family requests donations in his memory to the Wounded Warrior Project. support.woundedwarriorproject.org As Mark would say, Whatta Liiiife! To view Mark’s obituary and share memories, please visit www.jowettfuneraldirectors.com

The family of Mark C. Dukes created this Life Tributes page to make it easy to share your memories.

Customized sympathy cards. Mailed for you.