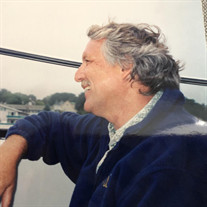 Mark Clifton Dailey, age 67, passed away on January 16, 2022 after a long battle with cancer. He was with family at his passing. He was born July 6, 1954 in Ann Arbor, Michigan, son of Carl Dailey and the late Merlene Romelhardt. He married Lennita (Lenni) R. Sari on December 13, 1987 in Ann Arbor. Mark attended Huron Valley High School and Washtenaw Community College, where he graduated with a degree in HVAC. He established and operated his own painting and construction business, Fantastic Finishes, in Ann Arbor and continued that business when he and his family relocated to Marysville, Michigan in the early 90’s and throughout the remainder of his life. When Hurricane Katrina hit in 2005, Mark was one of the first responders to help restore and rebuild the Gulfport area of Mississippi. He worked in that area for the next few years, frequently traveling back to Michigan to spend time with his family and then returning to continue supporting the area’s recovery. He later went to Texas to help restore the damage done by storms in the Dallas area. A few years later he became a licensed Insurance Adjuster to provide another outlet to help with storm restoration. He was always willing to help others in need and made many lifelong friends during the course of his storm restoration work. Mark enjoyed traveling, especially to warmer climates, including California, where he enjoyed many visits with his daughter and granddaughter. He loved spending time with his grandkids, barbecuing, talking politics, and drinking good beer. He had a great sense of humor and the most infectious laugh. Mark’s biggest love was his family. His daughters and grandchildren meant the world to him, and he enjoyed spending time with them. He was active in the Boy Scouts with his grandson, Devan, who was his Best Little Buddy. Mark is survived by Lenni, his two daughters, Wynter Dawson of Santa Maria, California and Holly K. Kidd of Marysville, Michigan; his beloved grandchildren, Devan Michael Kidd, Mason Carter Kidd, Paige Harper Dawson, and Iyana Elizabeth Rose Kidd; and his father, Carl Dailey. He was preceded in death by his mother, Merlene Romelhardt, sister Carla, and brother Doug. He was a cherished man and will be missed by all who loved him, including many friends from his boyhood days and many others made throughout the course of his life. We would like to thank all the people who helped Mark in his battle, with special thanks to Dr. Hanna’s staff at Karmanos, McLaren Hospice, and Blue Water Hospice Home and staff. A memorial service will be held 12:00pm Friday, February 11, 2022 at the Jowett Funeral Home – 1634 Lapeer Avenue, Port Huron, Michigan. Visitation will be from 11:00 a.m. until the time of service at 12:00 p.m. Memorial contributions can be made to Michigan Faith in the Light, a non-profit organization to support cancer victims and their families, at PO Box 180, Washington Twp., Michigan 48094. View obituary and share memories at www.jowettfuneraldirectors.com.

Mark Clifton Dailey, age 67, passed away on January 16, 2022 after a long battle with cancer. He was with family at his passing. He was born July 6, 1954 in Ann Arbor, Michigan, son of Carl Dailey and the late Merlene Romelhardt. He married... View Obituary & Service Information

The family of Mark Clifton Dailey created this Life Tributes page to make it easy to share your memories.

Send flowers to the Dailey family.