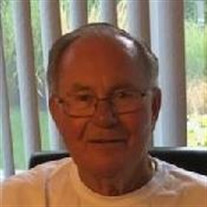 Lonnie "Bob" Hutchinson, age 80, passed away on October 2, 2021. Lonnie “Bob” Hutchinson was one of twelve children born in Sandy Hook, Kentucky to the late William E. and Esta (Moore) Hutchinson on August 23, 1941. At 18 years old, he enlisted into the United States Army, where he would spend three years in Stuttgart, Germany. After his honorable military discharge, he traveled to Detroit, Michigan, where he met the love of his life, Patricia Jane Boston. They were married on December 31, 1964, in a small private ceremony. Patricia preceded him in death. Bob was a true family man who always put the needs of his family in front of his own. He enjoyed helping others, doing home projects, fixing things around the house, taking care of his yard and garden, and driving his Stingray Corvette. He is survived by his children, Karen Carrier, Carolyn Smith, Robert Hutchinson, and stepson, Anthony V. Golovan, grandchildren; Robert Hutchinson, Nicole Carrier, Alysa Hutchinson, Scott Smith, Justin Carrier, Tyler Hutchinson, Jakob Hutchinson, and Ashley Hutchinson. He is also survived by several brothers, sisters, nieces, and nephews. Services will be private. Arrangements in care of Jowett Funeral Home - New Haven.

The family of Lonnie Hutchinson created this Life Tributes page to make it easy to share your memories.

Send flowers to the Hutchinson family.