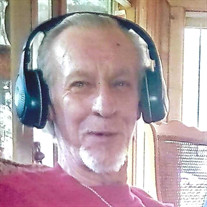 Major Leonard R. Leader, Sr., age 80, of Port Huron, passed away on June 17, 2022. He was born on January 29, 1942, in New Baltimore. Leonard served honorably, with pride and patriotism, in the United States Army, from 1962 through 1965 and then reenlisted in 1970 until his retirement as Major of the 101st, in 1982. He completed Airborne Rangers, Green Berets, and training of the 5th group. He served under multiple administrations, in his career. Leonard was an athlete in high school, and enlisted in the United States Army, in 1962, to follow his father’s footsteps, as a paratrooper. He had a deep fascination of world history and world politics. He enjoyed reading, dancing, playing chess and Jameson. He enjoyed riding his Harley Davison, and riding with his friends, until the age of 75. Leonard is survived by his wife, Cindy, sons, Erik J. Leader and Leonard R. Leader Jr., daughters, Lynn Summer Leader and Lesley Starr Leader, grandchildren; Nelleka, Cescilli and Frank, sister, Valerie Leader-Escalante, and 3 nieces and 3 nephews. Private services will be held at a later date. Arrangements in care of Jowett Funeral Home – Port Huron.

The family of Major Leonard R. Leader created this Life Tributes page to make it easy to share your memories.

Send flowers to the Leader family.