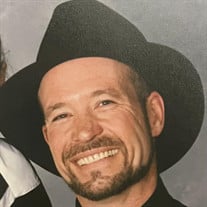 Kirkland Richard “Rick” Watts, 61, of Casco, Michigan, unexpectedly passed away of natural causes on March 14, 2022. On April 13, 1960, Rick was born to Marjorie Jean Dundas and Kirkland Robert Watts in Tillsonburg, Canada. In 1965 he moved with his father to Michigan after his parents divorced. His father remarried in 1969. Rick went from being an only child to having an older brother, a slightly older sister, and two younger siblings. This new family dynamic was a significant change in his life. In 1970 his youngest sister was born. Being in the middle of the pack of six children, Rick developed his propensity for being heard above all others and his distinctive sense of humor. As a young man, Rick enjoyed playing hockey. His father was a hockey coach, and Rick spent much of his youth in hockey arenas and playing travel hockey. His love for the game continued into adulthood. Rick was an avid Red Wings fan. Rick was a free-spirited individual who loved to travel around the country in his young adulthood. He loved to ski and continued to play men’s league hockey as a young man. Rick also enjoyed deer hunting and riding motorcycles. He started working in the skilled trades industry as a professional wallcovering hanger. Under the apprenticeship of an experienced colleague, Rick was able to gain the expertise to start his own business. Rick was an incredibly hard worker, and his business thrived due to his work ethic. Rick has two beautiful children whom he truly adored. His stories and witty humor constantly entertained his family and friends. Rick was a truly rare individual; stubborn, opinionated, hard-working, and had a huge heart. He was always willing to help someone in need, but it came with a side of his distinctive life perspective. He had an incredible laugh that you couldn’t help but smile when you heard it. Rick is survived by his son Kyle Watts, daughter Klaudia (Matthew) Vorwerk, sisters Lynn Fries, Tracie Kiewicz, Katherine (Daniel) Wagner, and brother Daniel Kiewicz Jr. His mother Marjorie, father Kirkland, sister Cherie, and stepmother Geraldine preceded him in death. Private services will be held. Arrangements in care of Jowett Funeral Home - New Haven.

The family of Kirkland "Rick" Watts created this Life Tributes page to make it easy to share your memories.

Send flowers to the Watts family.