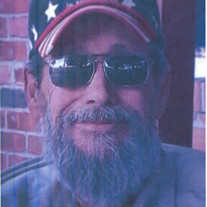 Jonathan (Jon) Louis Corp (Dilligaf) lost his long courageous battle with cancer in his home on May 4, 2021 in Sandusky, MI. He was 66 years young. Jon was born on November 4, 1954 in Deckerville, MI to his parents, Leon and Muriel (Rickett) Corpe. He graduated from Carsonville High School in 1972. He went to Amarillo, TX where he received his education in welding. He went on to become an over the road truck driver shortly thereafter. On November 18, 1978 he married DeAnna Elizabeth Johnson in Sandusky, MI. After a time, Jon decided to switch careers and use his acquired education to become a pipefitter. Jon was a proud retired member of the Plumbers & Pipefitters UA Local 404 and was always ready to tell a joke to anyone that would listen. Now, whether that joke was appropriate for polite company was a different matter. He enjoyed watching NASCAR, spending time with his grandchildren and his dogs. Music was a great love of his and he could name you any of the classics from his era. Jon is survived by his wife Dee, three daughters; Danielle (Matt) Corp, Angela (Edward) Larson, Samantha (Chad) Ryckman; six grandchildren; Savannah Schulze, Sawyer Schulze, Dylan Larson, Gracey Larson, Emma Ryckman, and Evan Ryckman; siblings; Karen (Bob) Fix, Greg Corp, and Kathleen (Charles) Hill; nephews; Matt (Natalie) Fix and Rob Fix; nieces; Robyn (Karl) Wipperfurth, Madison (Zach) Nass, and Olivia Corp. He was preceded in death by his parents Leon and Muriel Corpe, a daughter Melissa Sue Barta, and his Uncle Richard Corp. Jon will be cremated by Jowett Funeral Home and there will be a memorial ceremony and interment of his ashes on June 18, 2021 at Downington Cemetery in Deckerville, MI. Details on that event will be provided later by the immediate family. Memorial Tributes can be made to the wishes of the family. Arrangements are in the care of the Jowett Funeral Home, 1634 Lapeer Ave, Port Huron. To view the obituary and share memories, please visit www.jowettfuneraldirectors.com

Jonathan (Jon) Louis Corp (Dilligaf) lost his long courageous battle with cancer in his home on May 4, 2021 in Sandusky, MI. He was 66 years young. Jon was born on November 4, 1954 in Deckerville, MI to his parents, Leon and Muriel (Rickett)... View Obituary & Service Information

The family of Jonathan L. Corp created this Life Tributes page to make it easy to share your memories.

Send flowers to the Corp family.