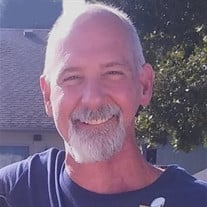 Jeffrey S. Cornwell, age 61, of Kimball Township, passed away on April 14, 2022 in his home, with his wife by his side. He was born on June 22, 1960 in Port Huron. Jeffrey married Judith A. Majeske on June 10, 2004 in Englewood, Colorado. He was the son of the late Harvey and Loretta Cornwell. Jeffrey was a graduate of Port Huron Northern High School in 1978 and a former employee of St. Clair Chrysler. Jeffrey enjoyed camping, bon fires, and spending time with his family. Jeffrey is survived by his wife, Judith; son, Alexander Smith; granddaughter; Isabelle Rajchel Smith; mother-in-law, Shirley Ann Majeske; along with several nieces, nephews, cousins and many special friends; brother-in-law, Michael Majeske; brother and sister-in-law, Joseph (Linda) Majeske; sister and brother-in-law, Mary (David) Makowski; brother-in-law and sister-in-law, John and Paula Majeske. He was preceded in death by his brother, Robert and father-in-law, Joseph Majeske. Services will be at a later date. Cremation arrangements are in the care of the Jowett Funeral Home, 1634 Lapeer Ave, Port Huron. Memorial tributes can be made to Misfit Angels Dog Rescue, P.O. Box 8119 Eastpointe, Michigan, 48021. To view the obituary and share memories, please visit www.jowettfuneraldirectors.com

The family of Jeffrey S. Cornwell created this Life Tributes page to make it easy to share your memories.

Send flowers to the Cornwell family.