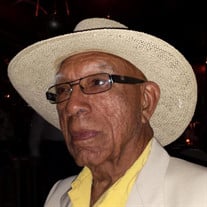 George Barr Drake was born on June 15, 1938, in Castalian Springs, Tennessee, the third child of six born to Herman and Elizabeth Drake. Passed away on December 31, 2021.He was the fifth generation born on the land purchased by his great, great grandfather and slavery survivor, George Bullock. Following in the ways of his ancestors, George graduated from Tennessee State University with a Bachelor of Mechanical Engineering Degree in 1959. George arrived in Michigan in the fall of 1963. He started his extensive career as a government engineer, then as the head of the Value Engineering Department at General Motors. Almost immediately, he became interested and involved in local civic activities and was elected to the New Haven Village Council in 1967. George was successful in his second attempt for New Haven Village President in 1971, whereupon he served for 10 continuous years, winning each yearly election. Notably, George was the first African American to be elected by popular vote to Village President, not only in New Haven, but the entire State of Michigan. He again successfully ran for Village President in 1990. To date, George is the second longest serving Village president. George Barr Drake continued the rich tradition of his family, giving and serving in his community. In addition to political offices served, George served as President of New Haven Little League, member of New Haven Non-Profit Housing Board of Directors, member of New Haven Schools Bond Oversight Committee, chairman of New Haven Trade Academy Board of Directors, member of Catholic Services Board of Directors, member of Lenox Township Planning Commission, member of Lenox Township Economic Development Corporation, member of New Hope Baptist Church, president of Save Our Depot Incorporated and a member of various groups providing service to the public. During his employment at The General Motors Technical Center, George was recognized and presented an “Award for Excellence in Community Activities”. George founded GFC Manufacturing Company, Inc., in New Haven in 1978. Through this company he self-funded a Tool and Machining Training Facility to help local unemployed young men develop marketable skills in the Tool and Die Trades. He also invented a series of special water service tools that are marketed internationally. The tools are likely the only retail-end products designed, built and shipped in a carton that says, “Built in New Haven, Michigan.” He took great pride in this achievement. During his retirement, George continued his tireless civic involvement and professional pursuits. He fulfilled his “bucket list” dream of creating a Cheers-style bar called “Faces”, because he wanted to serve his community once again, creating a gathering space for community members. George lived his life by his motto: “Let not a day pass without doing something or saying something that will benefit the society in which we live.” George is survived by his wife of many years and high school sweetheart, Shirley Marie (Harris) Drake, children: Francho Alandez Drake, Cortez Demarco (Celestine) Drake, and Tiffany Drake (Justin) Morgan and grandchildren: Ebony Drake, Jermaine Drake, Elizabeth Drake, Emily (Brandon) McCune and Julianna Morgan. He is also survived by many beloved great grandchildren. In addition, George is survived by his siblings: Frances (Richard) Malone and Cara Carver as well as many beloved relatives and friends. He is predeceased in death by his parents, Herman and Elizabeth (Barr) Drake, siblings Cornelius Drake, Charlie Drake and Thomas Drake. A memorial gathering will be held on Thursday, January 13, 2022, from 4:00pm until 7:00pm in the Jowett Funeral Home - 57737 Gratiot, New Haven.

George Barr Drake was born on June 15, 1938, in Castalian Springs, Tennessee, the third child of six born to Herman and Elizabeth Drake. Passed away on December 31, 2021.He was the fifth generation born on the land purchased by his great, great... View Obituary & Service Information

The family of George B. Drake created this Life Tributes page to make it easy to share your memories.

Send flowers to the Drake family.