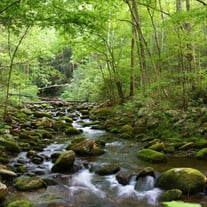 Gary V. Hardy, age 60, of Riley Township, passed away on November 21, 2021. He was born on May 23, 1961, in Yale, to the late Gary and Sharon Hardy. He married Susan B. Artman on November 10, 1979, in Port Huron. Gary enjoyed working on old cars and building motorcycles. He was a carpenter, by trade. He was a loving husband, father and grandfather. He is survived by his wife, Susan, son, Jason (Kristy) Hardy, grandson, Jacob Hardy, brother, Greg (Patty) Hardy, three sisters-in-law, several nieces and nephews, and his adored dog, Sass. He was preceded in death by his father-in-law and mother-in-law, Ted and Mary Artman, and two brothers-in-law; Brian O'Donnell and Larry Simpson. Services will be private. Arrangements in care of Jowett Funeral Home - Port Huron.

The family of Gary V. Hardy created this Life Tributes page to make it easy to share your memories.

Send flowers to the Hardy family.