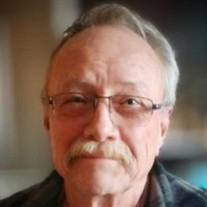 David J. Rinke, age 74, of Emmett, passed away on January 28, 2022. He was born on February 25, 1947, to the late Alfred and Ann Marie Rinke. David was a veteran of the Vietnam War, he served in the United States Marine Corps from 1966 to 1968. He was a surgical registered nurse for over 40 years in California and Michigan, his expertise was in Neuro, Ortho, EENT and was head nurse in trauma level 1 hospital at Palomar Memorial in Escondido, California. David played baseball and hockey throughout his life, won accolades in both. He was an avid reader and loved watching movies. He is survived by his daughters; Heather (Greg Clark) Rinke of Toronto, Elizabeth (Venai Delarosa) Rinke of Oxford, grandchildren, Anna, Esmeralda and David, along with his siblings; Sr. Ellen Rinke, IHM, Fred (Kathy) Rinke, Elaine (Kevin) Greene, Karen (Lon) Reader, Annette (Bob) Knoth, Cheryl (Bob) Tank and Maureen Genova. David was preceded in death by his brother-in-law, Tony Genova. Memorial visitation will take place on Saturday, March 5, 2022, from 11:00am-1:00pm in the Jowett Funeral Home, 1634 Lapeer Ave, Port Huron. Memorial tributes in David's name can be made to the ASPCA, St. Jude Children's Research Hospital or Wounded Warriors. View obituary and share memories at www.jowettfuneraldirectors.com

The family of David J. Rinke created this Life Tributes page to make it easy to share your memories.

Send flowers to the Rinke family.