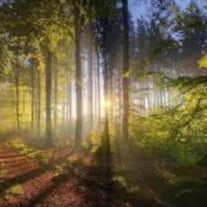 Mr. Bert Lee Osborn, age 58, of Kimball Township passed away on April 23, 2021 in his home after a long illness. He was born on June 1, 1962 in Fort Carson, Colorado. Bert married Suzanne S. Kamadulski on August 19, 1994 in Memphis. He served... View Obituary & Service Information

The family of Mr. Bert Lee Osborn created this Life Tributes page to make it easy to share your memories.

Send flowers to the Osborn family.